Celebrating Sounds of Palestine’s 10-Year Anniversary, we have merged the former groups Al-Majdal, Baysamoun and Safouriya into two big Orchestra groups and named them Yarda and Lifta. Their music summer schoool went from July 13 – 24, 2022 and the children had a lot of fun making music, singing, painting and playing together.

In addition to rehearsing their music pieces and songs, there was plenty of time for team activities and, as every year, a trip to the swimming pool. For the first time, the Yarda group made music in chamber music groups in addition to the orchestra, which the children enjoyed very much.

The ceremonial conclusion of the music summer school was the concert on July 24 on the stage of the Arab Orthodox Cultural Club, where they also received their certificates of participation for the school year 2021/22.

For more pictures from the dress rehearsal and the concert, click here.

And to see more pictures from the Music Summer School, click here. 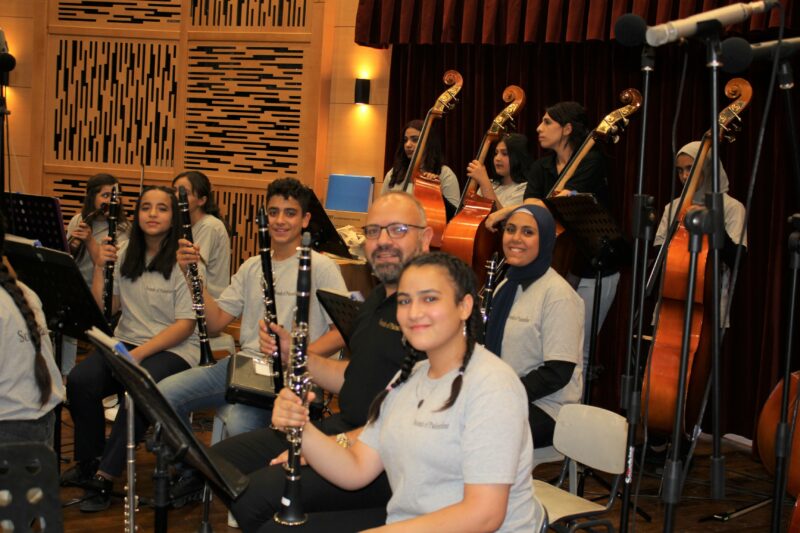 « Next older entry
Next newer entry »